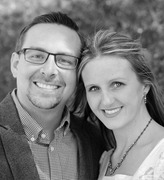 Joshua & Miranda Gay are the Lead Pastors at High Praise Orlando. Joshua recognized his call to ministry at a young age and has served in full time ministry for ten years. He has held several positions within the ministry including Worship Pastor, Children’s Pastor, Student Pastor and Media Director. Their zeal for the Word of God and their passion for holiness have touched the hearts of those both young and old. Joshua & Miranda long to see the local church and its members living a holy, consecrated lifestyle and to see generations connected hand-in-hand.

Pastor Joshua is the featured worship leader on the latest praise and worship release from High Praise Worship, "Conquering King." He is also the author of the acclaimed book "Sonship: The Mantle. The Journey. The Double Portion."

Pastors Joshua and Miranda have two children, Josiah and Hannalee, and another on the way. 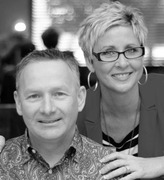 Robert and Stacey Gay are the Founders and Apostolic Pastors of High Praise Orlando. Robert and Stacey celebrated their 35th Wedding Anniversary along with 35 years of full time ministry in June of 2016. They have three children, Joshua, Kayla, and Micah, who are serving in ministry with them. Robert and Stacey have a heart and vision to equip believers to fulfill their divine destiny and see families serve the Lord together.

Robert is the "best selling" author of three books. His most recent book entitled "Next Level: Raising The Standard Of Grace" was featured on "Sid Roth's It's Supernatural" and is also a "best seller". He has also authored a book on the importance on being planted in the local church entitled "Planted" and also a book on spiritual warfare through praise and worship entitled Silencing the Enemy.

Robert has also been an exclusive songwriter for Integrity’s Hosanna! Music. Integrity has recorded numerous songs written by Robert such as; No Other Name, I Praise Your Majesty, On Bended Knee, Mighty Man of War, and many more. He was also worship leader on HM 28, Victor ’s Crown. Other singers such as Vicky Winans, The Brooklyn Tabernacle Choir, Rhema Singers and Band, Nitro Praise, and many more have also recorded Robert’s songs.

He has produced and led worship on nine of his own projects. He has also produced numerous worship tapes for other local churches across the United States.

Robert and Stacey have a vision to produce quality resource materials that will help equip believers to fulfill God’s plan for their life.